An interview with author J A Schneider 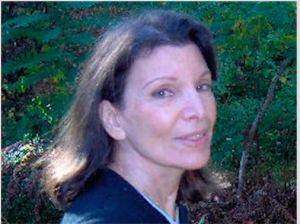 I’m delighted to welcome psychological suspense author, J A Schneider to Robservations. Her latest novel, What You’ve Done, is released tomorrow, 16th April 2020. I was lucky enough to read it recently and it’s brilliant, driven by a strong lead character in attorney, Mia Pearle, who feels a sense of responsibility and guilt when 16-year old Kelly is brutally murdered in a quiet town in Connecticut.

Having also read and thoroughly enjoyed Girl Watching You, I thought it was time to find out a little more about J A Schneider.

Please tell me a little about yourself and your writing.

When very young, I’d hear complaints that I’d rather read the back of cereal boxes than “join in the discussion.” Ha! Well, small talk can be small indeed, right? Much more thrilling to escape the mundane and imagine exciting stories. So that’s me at the core: wild imagination, cooking up stories since forever.

And that led to being a reader, which led to being a French literature major in college/university, which led me next to working at Newsweek…where everyone dreamed out loud about writing the next “great American novel.” Back then, I never dared dream I could actually write fiction but I listened, and kept reading everything, pulp to Jane Austen.

When did you first realise you wanted to be an author?

Maybe it was the moment I started timidly, not really serious but “what the heck, let’s see if I can string sentences together.” My husband Bob and I were living in Paris, I’d had two glasses of wine and was off – scribbling on the back of a paper menu in a café. He thought it was funny. Our waiter came along, looked curious, and tried to read over my shoulder. Bob told him I was writing a novel and he said, “Ooh, mais qu’est-ce qui se passe?” (What’s happening!?) Seeing him grin and his eyes light up was magic. It was the first time I had dared tell anyone not a loved one that I was writing fiction. Such a serendipity, but I started more seriously soon after.

Describe the first piece you wrote and what it meant to you?

When my children were young, I wrote first for our local newspaper – people interest stuff, historical stories about Colonial times in Connecticut. It was nice to see people react to them, less nice when people found fault – “Greenwich was not founded by the Dutch!” – so I decided, nuts to non-fiction, if you write fiction no one can argue, it’s your thing. Back to scribbling fiction I went.

What do you most enjoy about being an author?

Feeling an exciting idea come to me.

What do you least enjoy about being an author?

The marketing and promo part, since I publish independently.

What type of characters do you love and hate to write? Why?

Do you mean love but hate to write? None! I enjoy developing all characters, imagining their innermost thoughts. In a way the villain is the most fun. Peter Pan would be no story at all without Captain Hook.

Can you tell us about your time at Newsweek magazine and how it influenced your writing career?

It was the most writing-intense experience ever. Every Friday night was a deadline. We had to research and write fast but succinctly – no padding. I’d watch whole paragraphs I’d slaved over get cut…so there was that aspect. Also eye-opening were former writers who’d published bestsellers and quit, then come back to grin and tease: “What are you still doing here? Write a novel!”

I believe you keep a list of inspirational quotes. Could you share a couple of your favourites and how they relate to your writing journey?

I write on my laptop, and for the first draft keep three documents open: In the centre, the growing story; to the left my “crutch” with lots of inspirational quotes, & to the right the story’s outline – which only goes down as I figure out the story…not before. I’ve tried to outline before I start, and can’t.

You’ve written two series and standalone novels? Which do you prefer and why?

Love ‘em both. It’s like deciding which of your children is your favorite. Series stories are somewhat easier, because I already know the main characters. Readers also enjoy feeling familiarity with the characters…but again, I do like mulling whole new standalone ideas, like a box of chocolates.

How would you describe your books to someone who has never read one before?

What’s the best compliment you’ve received about your books?

“You’ve helped me. Helped me get through dark times just by being able to escape.”

Do you have any favourite authors? What is it about them or their work that appeals to you?

Ira Levin: (Rosemary’s Baby, The Boys From Brazil, The Stepford Wives) I re-read him often, am still astonished at how he conveys so much with so few words.

Agatha Christie’s best (And Then There Were None, Death on the Nile, others) Same: her ability to say much with few words.

James Patterson: I love his pace, fast action; also his ability to say much with few words.

If you could invite four guests (fictional or real, alive or dead) for dinner, who would you choose and why?

Smile…JFK was asked that question and he said, “I’d just want Thomas Jefferson dining alone.” J  But okay, four guests? How ‘bout James Patterson, Ira Levin, Don Rickles and Mel Brooks? What fun that would be!

Please tell me about your latest project/plans for the future.

The next thriller. Will probably feature Mia Peale and Jay Colter.

Thank you for some fascinating insights into the way you work and what motivates and inspires you to write fiction. Good luck with the launch and the book.

A small town divorce lawyer (“I know people’s secrets”) blames herself when a client’s teen daughter is brutally murdered. She investigates and finds herself the killer’s next target.

Grieving the loss of her NYPD detective husband, former defence attorney Mia Peale moves to Grand Cove, Connecticut, desperate for a sense of community and hoping to rebuild her life. Now, starting a family law practice, she’s finally found friends and peace – until the teen daughter of one of her clients is brutally murdered, and the girl’s boyfriend stands accused.

Kelly Payne was an adored high school track star. Brian Hall is a poor boy in a rich town, and the community is outraged. But Mia has known Brian since her arrival and can’t believe he’s guilty, despite strong circumstantial evidence against him. As his defence turns lacklustre, she asks Grand Cove police detective Jay Colter for help. Jay is also sceptical of the police and DA’s case and takes them on, especially when Mia’s friend from her former Manhattan law firm uncovers a frighteningly similar murder in the city. Secretly, Jay helps Mia investigate both murders, but his alarm grows as her life is threatened by a maniac hiding among them.

You can find J A Schneider on