The blog that changed my writing life 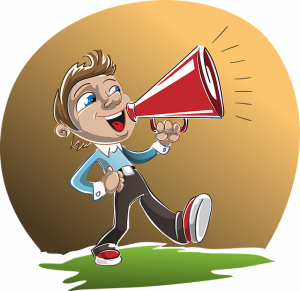 You write yourself into a cul-de-sac with your latest murder mystery novel. You give up smoking, only to discover you can’t write without cigarettes.

Then, ten months since you last wrote a word, you wonder if you’ll ever write again.

Okay, it sounds a little dramatic, but this was me in March 2007.

No Accident, my killer crime novel lay unfinished on my PC. I couldn’t work out how my hero could solve the murder. My joy at having created the perfect crime soon evaporated.

Not solving a murder is not an acceptable ending for a classic whodunit.

While being an ex-smoker was great for my health, I yearned to write. But could I manage anything worthwhile? A few tentative attempts to breathe new life into No Accident only added to my anxiety.

Then the local radio station wanted to speak to an eminent environmental health officer about the imminent national ban on smoking in public places.

As we had no one eminent, my boss nominated me.

Off I trotted to the studios, situated above a butcher’s shop on the first floor of a shopping mall. No wonder I felt like a lamb to the slaughter. My previous experience of being interviewed on radio a few years before hadn’t gone well when the DJ caught me out with a question from left field.

(It was related to smoking, in case you’re wondering.)

This time, I was well-briefed, ready for all kinds of questions (which never came), and confident my replies couldn’t be edited into something slanderous or inane.

My ten minute interview was reduced to a 30 second soundbite on the morning news, but met with general approval.

I heaved a sigh of relief.

That evening, I chanced upon a  humorous blog from a plumber. He didn’t know there were two villages with the same name in close proximity, so spent hours unable to find the house he was due to visit.

I wondered if I could write a blog about my radio experience.

Radio Star was my first attempt at blogging. Short and succinct, it wrote itself, with a few humorous quips and lines added to liven it up. After reading it twice, I was rather pleased with my effort. All I had to do now was set up a blog.

Having found a template and designed what I thought was a nifty header, I only needed a title. ‘Tales of an Environmental Health Officer’ wasn’t going to set the world alight. Nor was I going to win any friends if I wrote under my own name about the district council which employed me.

“We thought your blog was interesting, Mr Crouch, but as you made us look like buffoons, we thought your latest post could describe your search for a new employer.”

As I had several ideas for future posts, poking fun at the management of my local council, a few name changes were in order to protect the guilty and save me from a reprimand.

I can’t recall how many days it took me to realise what was staring me in the face.

Why didn’t I let Kent Fisher, the hero of No Accident, relate my experiences? Fisher’s Fables entered the blogosphere, featuring characters from the novel, all raring to have some fun.

Once my colleagues discovered the blog, they read it diligently. Everyone was certain they were featured in the blog. When I told them the characters were entirely fictitious, no one believed me. They pointed out character traits, tics and patterns of speech that identified real people.

When I discovered the Chief Executive also read my blog, I began to sweat. He said he’d forgive me poking fun at him and his management team as my posts were funny and accurate.

My boss was upset because he wasn’t in the blog. So were some of my colleagues.

I’m still not sure they’ve fully forgiven me.

As the years passed, the blog posts grew in length, strength and complexity until they became episodes in a mini sitcom. It meant less less frequent posts, but by then I’d returned to No Accident and written an ending.

When I read the whole novel through, I discovered something which would change the course of my writing and my prospects.

The first part of the novel, written before Fisher’s Fables, would never set the world on fire. It would have trouble lighting a match. The second part, influenced by the style of Fisher’s Fables, left scorch marks on the page.

No more trying to emulate the authors I admired. No more experimentation with viewpoint and tense. No more sitting there, yearning to be the new Agatha Christie.

When I revised No Accident in my new writing style, Kent discovered the clue to solve the murder and the novel was published by an independent US publisher in June 2016.

It wasn’t a straightforward journey from blog to published book, needing a  lot of hard work and editing. But without a stroke of good fortune along the way, No Accident may never have seen the light of day.

But that’s a story for another day…

If you’d like to read Fisher’s Fables, I’ve gathered all the blog posts into an eBook, which I’m offering free if you join my Readers Group. It’s the best way to get news, insights and updates on the Kent Fisher murder mystery series.

Simply complete the form below to join and claim your free book. I promise no spam and I will never share your data.