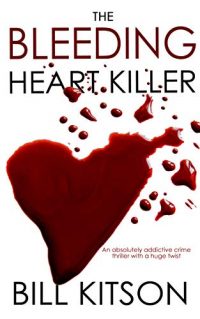 In the 11th DI Mike Nash novel, four people are brutally murdered in quick succession. All have been tortured and had their hearts removed. With no forensic evidence and nothing to connect the victims, it looks like a long, slow investigation.

Mike’s personal problems, along with the reappearance of an old flame, don’t improve his mood, and when a rogue reporter publishes details only the police and killer know, the top brass believe Mike and his team to be the source of the leak.

But with his usual aplomb and detective skills, Mike, ably assisted by Clara and the team, slowly pieces together the details. But time is running out for one more victim and there’s still the small matter of proof to contend with.

Once again, the author delivers another fast moving and addictive crime story that’s different, but compelling. As with previous novels in the series, Mike Nash and the team punch well above their weight, despite personal issues and difficulties, to solve the case.

Detective Mike Nash thought that moving back to Yorkshire from London would give him a quieter life. Little did he know . . .

Four victims.
Four murders.
No connection.
Except their hearts have all been removed.

Detective Mike Nash races against time to find a link between these grisly crimes. Who is wreaking a trail of destruction and what do they want to prove? There is one more victim to go . . .

Thrilling from the first page, this is a book which never lets up with the surprises.