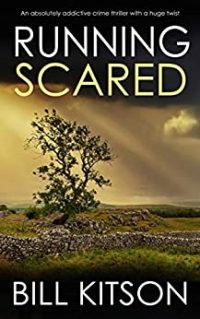 It’s the tenth book in the DI Mike Nash series, and it shows no signs of flagging, even if he’s absent for most of the story. While it’s unusual not to have Nash in the driving seat, DS Miranova and DC Pierce take the strain as drug related crime provokes a rise in criminal activity. And that’s before a police officer is killed investigating a case of rustling.

Two rival drug gangs are fighting for control of the Helmsdale area, striking at each other, taking no prisoners. Meanwhile, in France, a young Muslim woman, fearful for her life after refusing to marry a man chosen by her parents, escapes, determined to flee to England. A British couple come to her rescue, offering to take her in their boat. If only she knew they were smuggling drugs…

It’s an exciting mix of non-stop action, stretching the police to breaking point as they try to keep up with the killings. All the while, Nash is on compassionate leave and cannot be called back. Despite the strain, the black humour and banter remains among the familiar characters as they battle with personal struggles alongside the crime wave.

Without a dip in pace or quality, I flew through the story, carried along by the various storylines as they finally merged into a one thread that explained everything. Excellent writing and characterisation has always been a trademark of the series and this story is no exception.

This is storytelling of the highest order.

Mike Nash is away on compassionate leave but that doesn’t mean the criminals are going to take a break.

Detective Clara Mironova and the Helmsdale team face a sudden increase in crime. Minor offences ranging from theft, shoplifting, and poaching, pale into insignificance when a violent turf war breaks out between rival drugs gangs.

Soon they have to cope with three murders, including the shooting of a police officer killed on a routine call.

Then a batch of deliberately contaminated heroin hits the streets, resulting in the deaths of three addicts and causing media panic.

WHO’S THE MASTERMIND BEHIND THE CRIME WAVE?