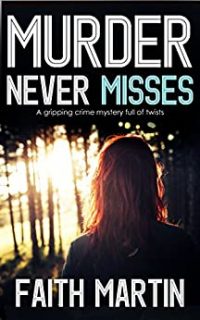 Stories always become more exciting when they get personal. And you can’t get much more personal than a stalker who has put a knife to your throat. Naturally, Hillary Greene wants to identify and catch her stalker, but it’s complicated. The stalker could be responsible for three murders.

While another detective is brought in to track down the stalker, Hillary investigates the disappearance of the three women. At first, it has all the makings of another cold case review, but progress is non-existent until a slip up by the stalker offers a glimmer of hope. Then it becomes a race to prevent another murder.

Like all the previous books, this is another complex and twisting story that will keep you guessing. The menace of the stalker is always in the background, like a dark cloud, heightening the tension. With romance and plenty of humour to lighten the mix, this is another entertaining and involving crime story that retains all the important elements of the previous stories while progressing the backstory.

While there’s no need to read the previous thirteen novels to enjoy this one, why deny yourself the pleasure of such a consistently good series?

Three missing young women. One evil stalker. But Hillary doesn’t think it all adds up.

Hillary is recovering from the vicious attack by her stalker. It appears that he is also behind the disappearance and murder of three women. Her bosses want these unsolved cases closed, but Hillary has a theory that will shock everyone.

However, as the truth comes to light, Hillary and the team are faced with a dire emergency — can they prevent an imminent murder?