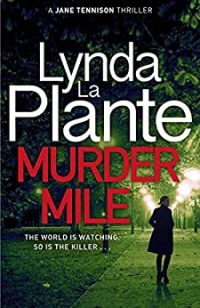 This is another gripping instalment in the Jane Tennison series. She’s now a detective sergeant, keen to investigate two murders which happened within a few yards of each other. On the surface, they have nothing in common other than the location of the bodies, but Tennison is not so easily swayed.

It doesn’t take long before she’s immersed in the investigation, sensing possible collusion between a police officer and a relative of one of the victims. Never one to hold back, she speaks her mind, antagonising her immediate superior as the investigation takes a turn for the worse with another murder.

Are the powers that be looking in the wrong places? Have they misread the evidence?

As the hunt for the killer deepens, Tennison is pushed out on a limb. Does she trust and follow her instincts or does she do what she’s instructed to do?

After a slow start, the story gains momentum, with tension building on all fronts as Tennison tries to deal with her doubts, her instincts and her desire to apprehend the killer. The characters are sharply drawn and the attitudes of the time put under the magnifying glass. The plot is intricate and cleverly developed, leading to an unexpected, but satisfying climax.

This is an entertaining and addictive series, not only for its razor sharp look at 1970s policing and the way it treated female officers, but for the way crimes have to be solved without DNA analysis and many of the forensic tests taken for granted today.

February, 1979, ‘The Winter of Discontent’. Economic chaos has led to widespread strikes across Britain.

Jane Tennison, now a Detective Sergeant, has been posted to Peckham CID, one of London’s toughest areas. As the rubbish on the streets begins to pile up, so does the murder count: two bodies in as many days.

There are no suspects and the manner of death is different in each case. The only link between the two victims is the location of the bodies, found within a short distance of each other near Rye Lane in Peckham. Three days later another murder occurs in the same area. Press headlines scream that a serial killer is loose on ‘Murder Mile’ and that police incompetence is hampering the investigation.

Jane is under immense pressure to catch the killer before they strike again. Working long hours with little sleep, what she uncovers leaves her doubting her own mind.