Field of Lies by John Pye 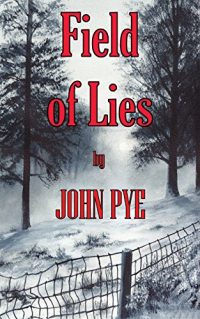 I thoroughly enjoyed this complex and sweeping police procedural, set in 1987. It starts with a local farmer’s apparent suicide and the suspicions of a detective sergeant, who also winds up dead not long afterwards. From here the plot becomes too complicated to summarise in a review. There’s buried treasure alongside the bodies, a greedy collector determined to get what he wants at any cost, double crosses and about turns, and a thrilling climax to end it all. Throughout the twists and turns, DI Doug Taylor tries to make sense of it all.

Laced with humour and enough twists to satisfy anyone who enjoys a good mystery, the story begins slowly and gathers momentum as the various factions pull the plot in several directions, leading to some exciting moments. Everything is eventually resolved and Taylor restores some kind of equilibrium.

If you enjoy great characters and something a little different from the usual police procedural, you won’t be disappointed.

Suicide seems the obvious cause of a local man’s death, but Detective Constable Geoff Deakin is not so sure. He locks horns over the issue with his boss, career obsessed Detective Inspector Robin Preston and soon finds himself battling to hold onto his detective’s badge.

Puzzling links are uncovered to an age old secret and to a missing girl. Deakin is taken out of the game before he uncovers a fraction of the dreadful facts.

Deakin’s friend and former boss, DI Doug Taylor, in his usual impetuous form, bulldozes straight in, eager to unravel a growing mystery and an awful tragedy. His hot-headed actions soon land him in very deep water. A planned romantic winter break with girlfriend WDC Kim Harding is turned into an illegal search for answers.

The truth lies much deeper than anyone could have imagined and is far more sickening than the worst nightmare could ever conjure.

Rookie police constable, Sid Beddows just wants to be a copper, but his efforts to solve a minor crime upset the apple cart of the top brass completely. When his secret skills are discovered he gets to become a major player in crimes of international importance.

Horrendous characters sneak from the woodwork as the story unfolds and get to play their part in a twisted tale of greed, ego, violence, sex and murder.